Arc Walks Ottawa is a series of guided walks based on poetry themes and capitalizing on the rich poetry history of Canada’s capital. Residents and visitors alike are welcome to join in on the walks to learn and revel in Ottawa’s poetry.

The fifth, and penultimate, walk of this series will take place in Hintonburg on Friday, November 9th. This walk, led by rob mclennan, will showcase the poetry of this historic neighbourhood, including sites significant to Diana Brebner, Collected Works Bookstore and Coffeebar, The Dusty Owl Reading Series, Dennis Tourbin and Anita Lahey.

Guest poets Blaine Marchand and Claire Farley will also be on the tour.

The walk will begin at 5:30PM at the corner of Wellington Street West and Holland Avenue.

The third walk of this series was initially scheduled for August 9th, which is recognized by the United Nations as the International Day of the World’s Indigenous Peoples, organized in collaboration with Indigenous walks. Due to low turnout, this walk will be rescheduled at a later date.

The second walk of this series took place in the Glebe, led again by rob mclennan. The walk showcased the poetry of this historic neighbourhood, including sites significant to Michael Dennis, Avenue Bookshop, and Blaine Marchand’s short lived SPARKS magazine. rob mclennan again shared his notes on the walk here: https://robmclennan.blogspot.com/2018/06/arc-walks-2018-glebe.html

For any questions or concerns, contact Chris Johnson: managingeditor@arcpoetry.ca

rob mclennan currently lives in Ottawa, where he is home full-time with the two wee girls he shares with the brilliant and utterly delightful poet and book conservator Christine McNair. The author of more than thirty trade books of poetry, fiction and non-fiction, he won the CAA/Most Promising Writer in Canada under 30 Award in 1999, the John Newlove Poetry Award in 2010, the Council for the Arts in Ottawa Mid-Career Award in 2014, and was twice longlisted for the CBC Poetry Prize in 2012 and 2017. He has published books with Talonbooks, The Mercury Press, Black Moss Press, New Star Books, Insomniac Press, Broken Jaw Press, Stride, Salmon Publishing and others, and his most recent titles include notes and dispatches: essays (Insomniac press, 2014), The Uncertainty Principle: stories, (Chaudiere Books, 2014) and the poetry collection A perimeter (New Star Books, 2016). His next poetry title, Household items, is out later this spring from Salmon Publishing.

This project was funded in part by a grant from the Ottawa Community Foundation. 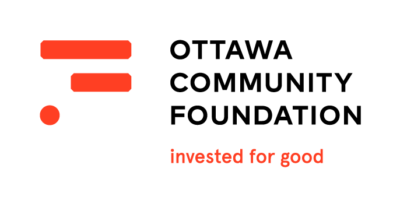