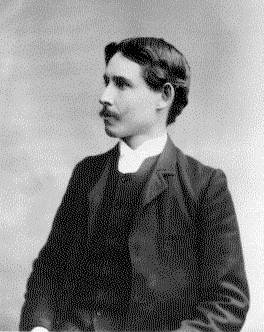 Each year, Arc Poetry Magazine honours Ottawa poets. Arc is proud to present the three finalists for the $1500 2014 Archibald Lampman Award for an outstanding book of poetry by a National Capital author.

The award is named in honour of Archibald Lampman (1861 – 1899), one of Canada’s finest nineteenth-century poets. Lampman moved to Ottawa in 1882, and much of his mature poetry was inspired by the National Capital region.

The 2014 Archibald Lampman Award will be presented in conjunction with the City of Ottawa Book Awards by Mayor Jim Watson. The awards ceremony will take place at Ottawa City Hall on October 21, 5-7 pm. Nine books were entered in the 2014 competition and Arc congratulates all the finalists and their publishers! Arc would also like to thank the 2014 judges Arleen Paré, E. Alex Pierce and David O’Meara.

The three finalists are:

Inspired by eastern myth and theology, the Persian epic, Hindu scripture, and other eastern classics, Metropantheon is a gritty, brilliant, and wonderfully eccentric debut

collection that seeks to inject a bit of spiritual levity into the rat-race void of western urban life. Judges remarked on the book’s exuberance and imaginative scope, noted its political stance and striking imagery, and sprinted to keep up with its headlong streetwise pace. Able to present completely different but utterly compelling scenes as points of departure for larger mediations on art, politics, history, and contemporary culture, this is a powerful book by a gifted poet.

The second collection from poet and filmmaker Shane Book, Congotronics riffs on philosophic texts, manifestos and a West African epic in an explosive series of original, unsettling poems. The language is energetic, the imagery vivid, and the territory unstable, as multiple layers of voice, diction and music collide. Sometimes as sparse as prayer, other times jangling with hip-hop rhythms, Congotronics is an original, unnerving book.

House Dreams is a subtle exploration of adulthood, that uneasy realm between the expectations of youth and the fears of mounting responsibility. The book quietly surprises with graceful and unsettling images drawn deftly from domestic shadows. A book of both urgency and grace, House Dreams exhibits expert technique and careful metaphor, and its words take on a disturbing dreamlike quality, almost escaping the page. Haunted and haunting, this is a book of plainspoken power and the uncanny imagery that transforms everyday life.

Watch for announcements of a reading by the Lampman finalists coming soon!