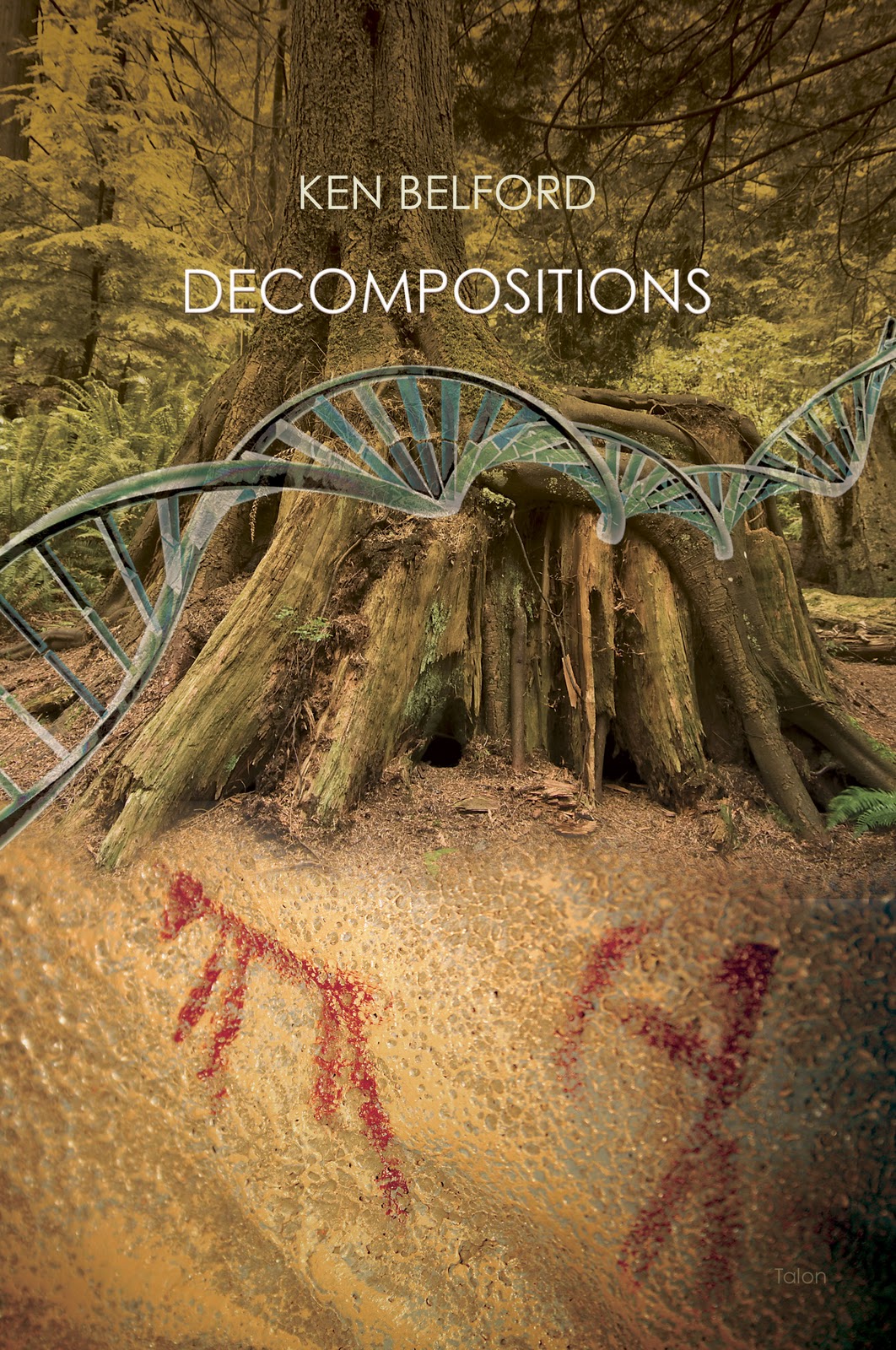 The poetry of Prince George poet Ken Belford, as evidenced in his new collection Decompositions, is reminiscent of the accumulated works of American poet Fanny Howe, in that all the individual pieces of her writing, however disconnected, can easily fit together into a single body of exploration.

Belford has followed an interesting trajectory over the years, from his original publications in the late 1960s and early ’70s to the long-awaited second stage of his writing career as an increasingly-aware and capable “eco-poet.” There was a gap of some 30-odd years before he slowly returned to publishing chapbooks through his own off-set house, the small sections later collected into trade editions, starting with Pathways into the Mountains (Caitlin Press, 2000), to the more recent Ecologue (Harbour Publishing, 2005), lan(d)guage, a sequence of poetics (Caitlin Press, 2008) and his latest, Decompositions. Much like that of bpNichol, Gerry Gilbert, Robin Blaser or Robert Kroetsch, Belford’s writing seems to exist as a single, ever-expanding project, a “poem as long as a life.” As he writes near the beginning of the collection, “It just happens the idea / of meaning exists only / in fiction, where it takes on / a life of its own.”

Belford writes with a meditative ease, with poems that meander down slow, thoughtful paths, then up the other side, almost like single-page, single-stanza koans. Further on in the collection, he writes, “In a small body of slowly moving water, / in the shadow of a Balsam sweeper, / laying still in the common supply of / the warmer waters of the lake, five / pairs each with a metre long, they’d been / together all their lives, surfing yesterday / up the river in a pod.” Belford’s imagery manages to write the earth without falling to pure description or easy sentiment, instead including the landscape itself in an ongoing conversation, citing language, the body and how everything, eventually, falls apart.

Unlike the “eco-poetry” of, say, Don McKay, Belford’s formal concerns are more in tune with fellow Prince George poets Rob Budde and Barry McKinnon. His explorations are of a world that becomes altered by such a simple and complicated thing as bearing witness to the human movement onto the landscape, and the northern British Columbia logging industry. Tracing a line with his finger across the landscape of his northern British Columbia, he evokes the local in such a way to make it as essential and as part of the earth as home.

rob mclennan lives in Ottawa, where he runs above/ground press and Chaudiere Books. He is the author of more than 20 trade books of poetry, fiction and non-fiction, including 52 flowers (or, a perth edge) (2011). See robmclennan.blogspot.com